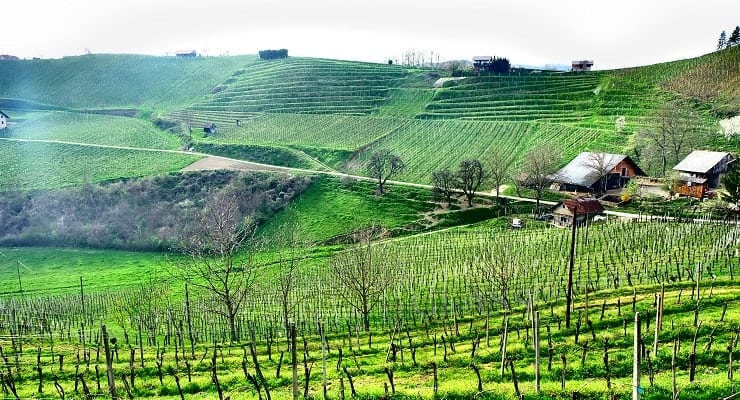 The most famous sparkling wine house in Bela Krajina, South East of Posavje Wine Region. Producer of 14 sparkling wines, well known on their exquisite curiosities! Golden Sparks is a cuvée of 80% Chardonnay, 10 % Welsch Riesling and 5% Sauvignon Blanc and 5% Kerner in a crystal bottle and golden leaves, that gives the bubbles a special charm, making it suitable for special banquets and special occasions. 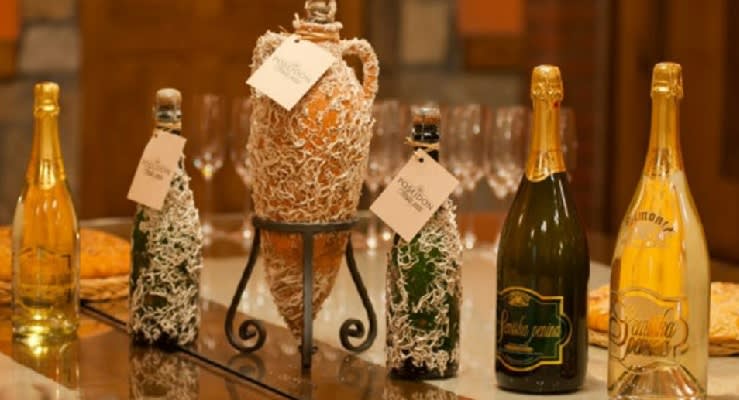 The latest acquisition and 2010 curiosity is the Brut Poseidon, 30 months matured in special amphora and 12 months in the depths of 30 meters in the Adriatic Sea, at a constant temperature of 12-13 ° C. A Cuvée of 80% Chardonnay, 10 % Welsch Riesling and 10 % Sauvignon Blanc. Both the sparkling, as well as the bottle or clay amphorae, shaped the sea with their natural power. Their Semiška Penina Brut won a Silver in the Summer Days category at The World’s Finest Glass of Bubbly Awards 2017.

The place was named after the farm building, the former Castle Garrison. Its history dates back to the Middle Ages when it was part of the Estates that were the Counts of Gorizia. Through the Centuries, its owners have often changed hands. Samuel Maximilian himself, along with the townsman and subjects, assigned them as vassals of the famous family Orson. Lastly, it was the property of the counts of Thurn Taxis (Della Torre) who had jurisdiction over the past Century. 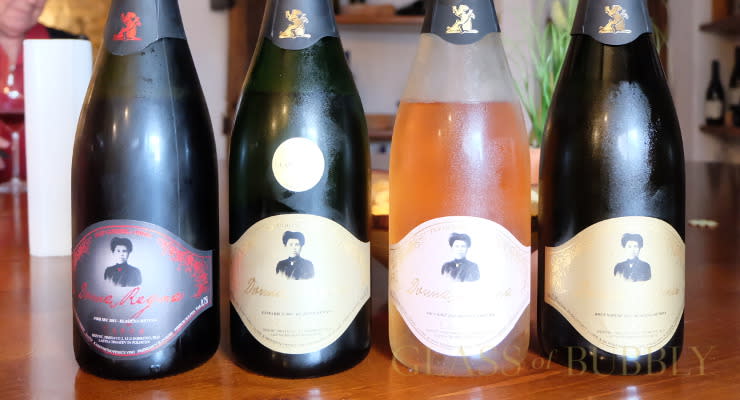 After the Second World War, the Estate was taken over by Alojz Erzetič. Since the beginning of the 1990s, they have exclusively produced sparkling wines under the label, Donna Regina. Five bubbles are produced. The most representative is Brut Nature, extra dry cuvée (70% Ribola Galla, 30 %, Chardonnay), Brut Rosé (90 % Merlot, 10 % Cabernet Sauvignon), Brut Noir (90 % Merlot, 10 % Cabernet Sauvignon). They have won several awards including a Gold medal for their Donna Regina Extra Brut 2009 in the Creamy category at The World’s Finest Glass of Bubbly Awards 2017.

The winery is based on more than 200 year old cellars. Located on Central Karst Plateau back on Trieste Hills in The Stony and Terra Rossa Land. Specialists for Teran wine, they started with the production of Extra Brut Sparkling Teran, with a fine red flower bouquet and dry red fruit body, balanced with vibrant lactic acid, matured for five years in Karst Caves. The particular latitude, combined with the great contribution of the sun and scarcity of rain during the year, allow its red sparkling wines to express its best qualities right through the dense carmine foam. 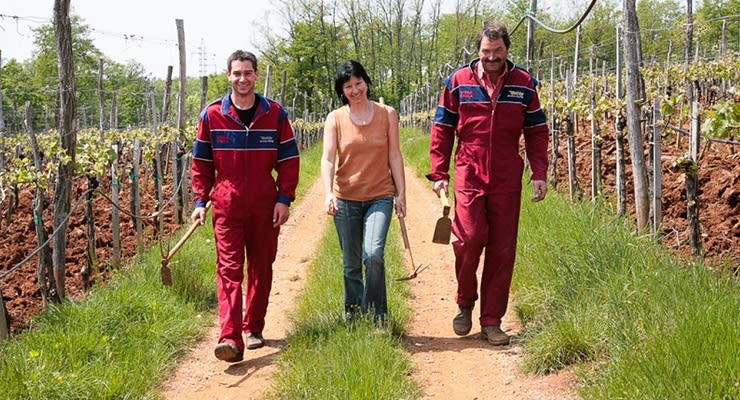 Producing also Rose Brut Prima which is produced from the roses’, re-fermented in the bottle with the classic method and left to mature in a natural cave at a low and constant temperature for several years. Fine red roses bouquet combined with the taste of fresh strawberries and fine acid balanced with long fruity aftertaste. They won many awards including a Gold medal for their Sparkling Teran Prima 2011 in the Fruity & Floral category at The World’s Finest Glass of Bubbly Awards 2017 and Gold in the Meditation category for their Pet Nat Vitovska Grganja at The World’s Finest Glass of Bubbly Awards 2018.

Written by: Prof.Dr.Marin Berovic, Chairman of The World’s Finest Glass of Bubbly Awards.