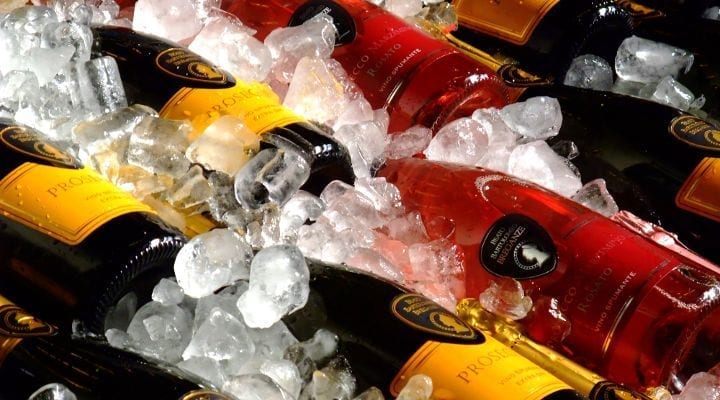 Prosecco comes from the Veneto region of Italy and is made from Glera (Prosecco) grape. It is produced using the Charmant method, in which the secondary fermentation takes place in stainless steel tank.

Approximately 600+ million bottles of Italian Prosecco are produced annually and there are plans to reach 1 billion in years to come. It is best drunk within three years of its vintage, although high-quality Prosecco may be aged for up to seven years.

Prosecco is produced in different classified regions and under different authorities:

Mostly it is Brut, Extra Dry and Dry that is produced in styles of spumante and frizzante (also Tranquillo which is still wine)