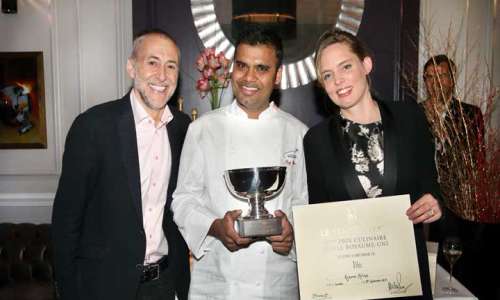 Michel Roux Jr is a French-English two-star Michelin chef at the London restaurant Le Gavroche, a classical French restaurant in Mayfair, London. He also owns two other restaurants in London, Roux at Parliament and Roux at The Landau at The Langham Hotel.

Michel has made many TV appearances, judging and presenting including MasterChef, Great British Food Revival and Food and Drink. He has also written several books, including Le Gavroche Cookbook, A Life in the Kitchen, Cooking with the Master Chef, Matching Food and Wine and The French Kitchen.He is also a member of the Wine Committee to The Royal Household.

Where’s the most memorable place you’ve enjoyed a Glass of Bubbly?
Bird Island in the Seychelles, on the beach at sunset. I created a meal that consisted of grilled lobster, baked bread fruit cooked in a pit over burning Copra (coconut husk). It was all smothered in garlic butter and washed down with a cold bottle of Champagne, Comtes de Champagne Taittinger. True luxury!

Which is your favourite Champagne or sparkling wine?
Pol Roger Cuvée Winston Churchill 1990.

What is your favourite sparkling wine food pairing?
It has to be a beautifully braised Turbot in Champagne and butter sauce. Subtle, delicate flavours that match perfectly with a crisp sparkling wine. 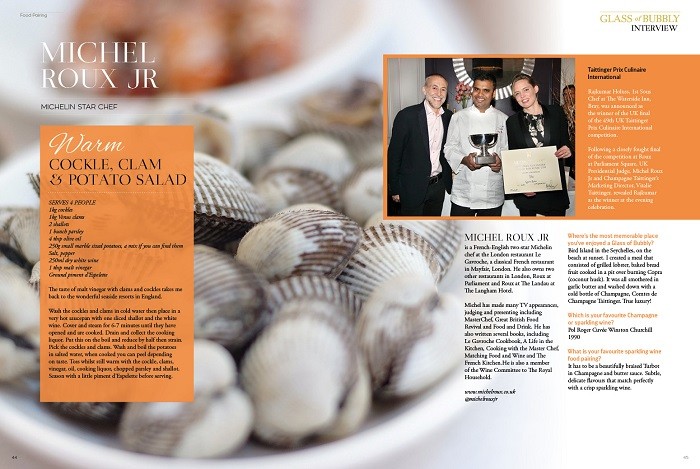