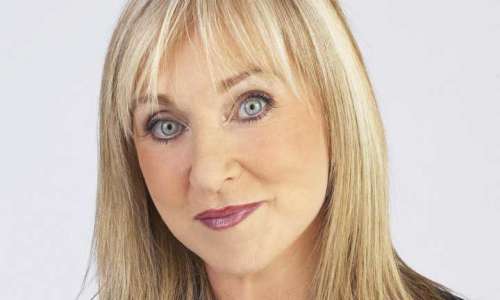 Helen is probably best known for her role as the dippy Catriona in Absolutely Fabulous where she appeared alongside Jennifer Saunders. She has appeared in a host of top TV comedy and radio shows and has a wealth of theatre credits under her belt. Recognised as one of Britain’s best-known comedy character actresses, Helen still continues to do stand-up comedy.

Never one to turn down a glass of wine, Helen decided some years ago she may as well become an expert in the subject, she created her own light hearted wine workshops entitled The Show-Off’s Guide and gained the WSET Level 2 qualification. She writes numerous wine columns, appears in TV guest spots as a wine expert and is even writing her own wine sitcom.

Her novel LOSING IT has just been nominated for the PG Wodehouse Bollinger Comedy Literary Prize and is available to buy from Amazon.

Where’s the most memorable place you’ve ever enjoyed a Glass of Bubbly?
Well I’d have to say in Reims itself – I was working my way round the Champagne houses and marvelling at the amount of famous French widows who were in charge of such exciting cellars and tasting rooms –THE BEST place to sip and look out on fields of grapes.

Which is your favourite Champagne or sparkling wine?
Bollinger, Billecart-Salmon and Veuve Clicquot.

What does Champagne mean to you?
A: Success
B: Romance
C: Celebration
D: Enjoying great company